I read this article and my brain went, “STOP WHAT YOU’RE DOING. TELL EVERYONE TO READ THIS RIGHT NOW!!” like it was some sort of content emergency (it wasn’t).

Turns out, 49,000 other people also lost their minds (actually, that’s not accurate since Medium changed from “likes” to “claps,” so it’s less than 49k people butttttttt your claps are generally less than your views on Medium, so it’s probably been shared by more than 49k people (some who didn’t clap), but let’s just approximate and get out of these parentheses before you stop reading because this is boring).

Back to my narrative: Why did 49k people (and Margo) suddenly feel the urge to share this piece of content with everyone and their mom immediately?

Sigh. The algorithm. The 21st-century scapegoat. The formula we love to hate. We love when it shares our stuff and we blame it when it doesn’t.

Meh. Let’s go back to that viral article.

Facebook’s algorithm puts tons of stuff in your feed you don’t share. How about those pictures of your friend’s sister’s nephew? The algorithm’s definitely showing you him like every day. In a onesie, on the floor, with some building blocks that say “12 Weeks!”Are you sharing those? (answer: no you’re not.)

Here’s more evidence: All the previous articles published by that viral article’s author have less than 100 Claps. 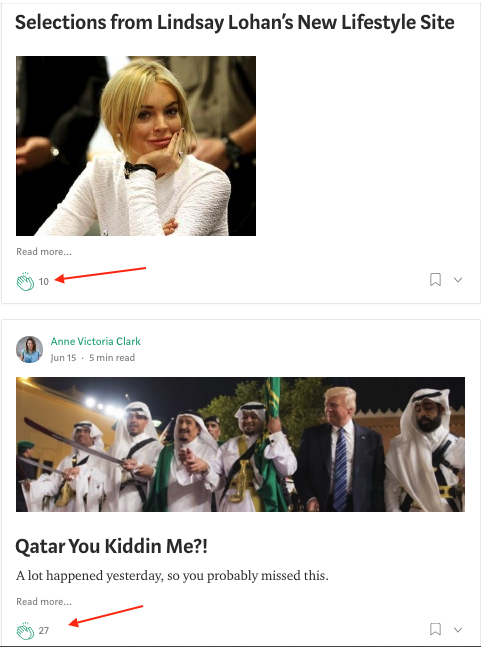 When I looked at my own stats I saw the same pattern. Certain posts had tens of thousands of views and others had 23. Same thing on Twitter, Facebook, and Google. #$@% the algorithm.

It makes me feel better to blame the algorithm. But is the algorithm really the thing that’s keeping my work from going “viral”?

The answer, I think, is in this screenshot of the Yahoo home page from Wed Sept 6th: 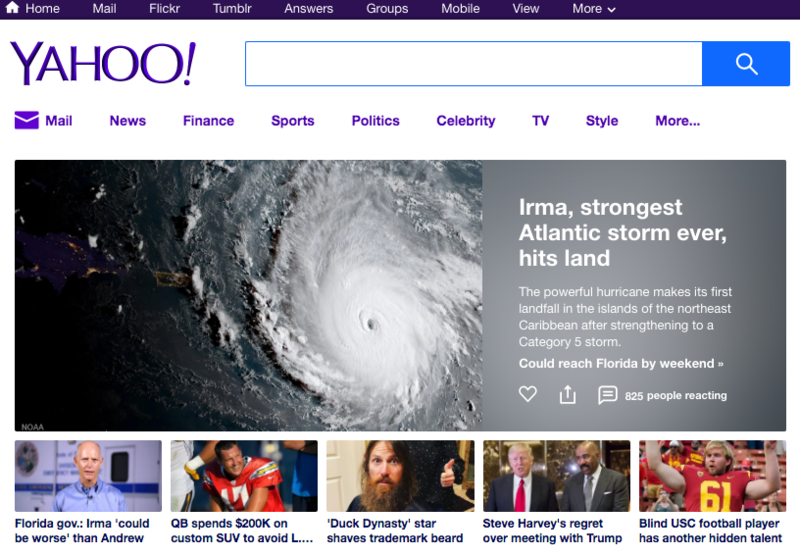 Guess which article I clicked on?

We can debate algorithms till we’re blue in the face, but here’s the thing that’s never going to change: human nature. (I wanted to know what he looked like, ok?!)

Every copy course worth its weight in gold will teach you that if you want to influence behavior, you need to return to basic human desires. At our core, it’s all pretty simple: Greed. Pride. Vanity. Fear. Envy. Lust.

Ok fine, there’s some good ones too:

(This is from AWAI’s 6-Figure copywriting course)

The “algorithm” is not why I clicked on Duck Dynasty. Curiosity and Vanity are.

The algorithm is not why my Twitter following is embarrassingly low. It’s because I’m bad at Twitter and I‘m just sharing links randomly every few days because I’m lazy and would rather be writing you emails like this one.

When we blame the algorithm, what we’re really saying is: “I’m not doing the hard work of creating things people actually want to share.”

Believe it or not, good things still spread. (bad things too.) On their own, without an algorithm.

You can make something people care about.

(#ProTip: It starts by making a lot of things that people don’t care about first.)

For more on what it takes to build something bigger than yourself: How To Write Effective Emails That Get People To Take Action The Surprising Upside of Manipulation